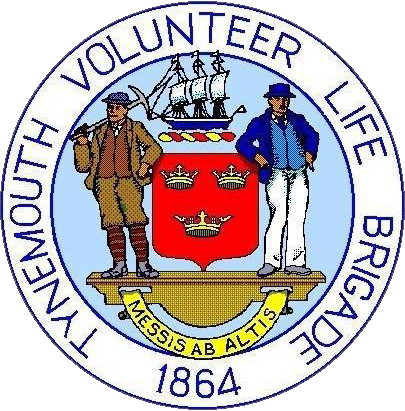 To understand why the Brigade exists and performs the role of coastal rescue within North Tyneside it is important to look at the events that led to the foundation of the Brigade.

In 1864, the Coastguard complement at Tynemouth stood at just four men, two of whom were army pensioners. In Tynemouth Haven stood the two year old R.N.L.I. lifeboat station and its modern, self-righting lifeboat “Constance”. The Tyne Lifeboat Institution had three lifeboats, “Northumberland” at North Shields and “Tyne” and “Providence” at South Shields.

On 24th November, a fierce south-easterly gale sprang up, catching many vessels at sea, including the schooner “Friendship” and the passenger steamer “Stanley”, which was on passage from Aberdeen to London. In mid-afternoon, “Friendship” ran for shelter in the Tyne but was driven ashore on the west end of the Black Middens Rocks at Tynemouth. Unfortunately, the Coastguard and the lifeboats each thought that the other had rescued her crew and no attempt was made to rescue her crew of six men. At around 4pm, as darkness was falling, the “Stanley” also ran in for shelter as her master, Captain Howling, feared for the safety of the livestock which she was carrying on the open deck. As she approached the bar, she was struck by a huge sea which drove her ashore also on the Black Middens, to seaward of where the schooner lay.

Soon, hundreds of people had gathered to witness the spectacle as the Coastguards fired a rocket over the steamer and the ship’s crew hauled out and secured the breeches buoy equipment. An attempt had been made to launch one of the ship’s boats, but the nine ladies and four crewmen in the boat were thrown into the raging water when a davit snapped. Only one man was pulled back on board, the others all being swept away to their deaths. The North and South Shields lifeboats were unable to approach the wreck because of the ferocity of the storm, but stood by in the hope that they might be able to get alongside. The breeches buoy now became the main hope of salvation for the dozens of souls aboard the steamer but, after only three people had been brought ashore, the lines became hopelessly tangled and the four Coastguards were not able to clear them. The rising tide then forced them off the rocks and the rescue attempt was abandoned until daylight.

The Tynemouth lifeboat “Constance” was launched at around 6pm and battled her way around the Spanish Battery under the command of coxswain James Gilbert. She was of a more modern design than the other lifeboats and James Gilbert bravely decided to try and get alongside the steamer. Despite being swamped more than once, the lifeboat got under the lee side of the steamer’s bow and was about to throw a line aboard when a huge wave swept right over the ship and tons of water dropped onto the lifeboat. All of her working oars were snapped off and all bar three of her spare oars were carried away. The lifeboat was now at the mercy of the waves and they swept her up to the “Friendship”. Another huge wave lifted the lifeboat high over the schooner’s deck and the bow became caught in the rigging. As the wave dropped, the lifeboat tipped up and four of her crewmen fell out onto the deck of the schooner, where they were astonished to find the schooner’s crew, whom everyone thought had been rescued. The coxswain shouted to all ten men on the schooner to jump into the lifeboat but, before they could, another big sea carried the lifeboat clear and she was towed to safety. The steamer “Stanley” later broke in half, the fore section swinging around so that the bow, pointing into the waves, deflected their force, saving the lives of those still on board. Everyone left on the stern was swept off to their death. The schooner lifted on the rising tide, then broke up with the loss of all six crew and two of the lifeboat men, the other two being washed ashore, badly injured, in their cork life jackets.

With the coming of dawn and the falling tide, the breeches buoy from Cullercoats was used to rescue the survivors. It then became clear that a total of 32 people had died a horrible death within yards of hundreds of spectators who were powerless to help. One of those watching was John Morrison, who was an officer in the military volunteers based in Tynemouth Castle, and it was apparent to him that, had there been a body of men trained and disciplined as were his volunteers to assist the Coastguards, the breeches buoy apparatus might well have saved all of the people from the ships. He approached John Foster Spence and his brother Joseph, who were both local civic dignitaries, and they readily took up the cause, writing the rules for the organisation, getting agreement from the Board of Trade and then calling a public meeting in North Shields Town Hall on 5th December 1864, to sound out opinion.

There was a huge response at the meeting and the result was the founding of the Tynemouth Volunteer Life Brigade as a body of men who would be trained, ready and willing to assist HM Coastguard to save life from shipwreck, over 100 men signing up on the spot. The Board of Trade, who were responsible for HM Coastguard Service, were highly impressed with the principle and the performance of Tynemouth Volunteer Life Brigade. So impressed were they that they circulated the rules of TVLB to all Coastguard stations around the coast of the U.K. with instructions that similar teams were to be formed at every station. In areas where there were sufficient enthusiastic people to take on the responsibility, Volunteer Life Brigades were to be formed, as at Tynemouth, these being run and administered by elected committees with training assisted by HM Coastguard. In other areas, the Coastguard would recruit teams which would be run and administered by the local Coastguards and would be known as Volunteer Life Saving Companies. Thus, TVLB can rightly claim to be the foundation of today’s Auxiliary Coastguard Service, recently renamed the Coastguard Rescue Service.